skip to main | skip to sidebar

My X-Factor Moment - The Unveiling of the Caterham Painting 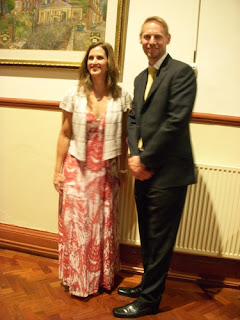 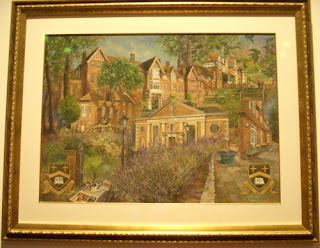 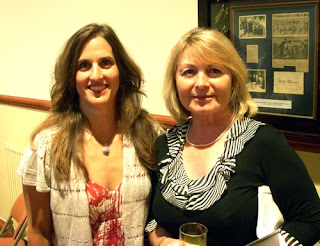 I can honestly say that this was my X-Factor moment! After so much hard work the painting was finally presented to the school on Tuesday 5th July. It has been a pleasure working with the school so far (there are two more paintings in the pipeline) and everyone has been so excited about the Bicentenary since the preparations began.
I was very fortunate to be at the right place at the right time when the school was actually looking for an artist. I was talking to one of my dear students (Karen) about how I would love to paint an old school with history when she suggested I approach David Clark at Caterham School. He has been instrumental in putting the Bicentenary jigsaw pieces together. Karen is an English teacher there. I decided to go for it and I sent him an email and I got a very positive reply. I took my portfolio along to the meeting and all went extremely well. David took me for a thorough tour around the school. I then came back with my camera for another look around before heading back to the studio to put some ideas together.
After 'thinking' the layout through with the help of a drawing, I painted a rough sketch of what the painting would look like to enable the key people to visualise where I was going with it. Once approved, I set about ordering my beautiful canvas and then I allocated my start in the following year's diary. I made frequent trips to the school and also met up with David Clark and Julian Thomas (the Headmaster) so that they could keep an eye on my progress. It was a long process because the painting was very detailed and, being an oil painting, it took a number of hours to achieve the level of representational detail that best reflected the school.
I think that my friends and students thought I had left the planet as I had to disconnect my phones regularly throughout the summer of 2010 to concentrate on what I was doing. Being an energetic person, this was very difficult indeed. Had to be done!
The picture at the top was taken after I had unveiled the painting and I am standing there with Julian Thomas, the Headmaster. The middle picture is, of course, the painting which was so beautifully framed by Danielle Brewster who is with me in the third picture. Her level of skill is out of this world and I know that any painting I give to her to frame is in the very best hands.
Posted by adiefineart at 06:17

adiefineart
I was born in SA during the seventies and enjoyed a colourful childhood. I have always been passionate about painting and drawing and found plenty of stimulating subjects around me. After studying Graphic Design in Durban I worked as a Graphic Artist for various agencies in SA. I finally moved over to the UK in 1997 and have enjoyed many adventures since. My career has been an exciting, versatile one so far and I teach many enthusiastic adults how to paint and draw, as well as demonstrating for art groups in Surrey. I still love to paint outdoors and in my studio. I look forward to many more exciting and rewarding artistic challenges.